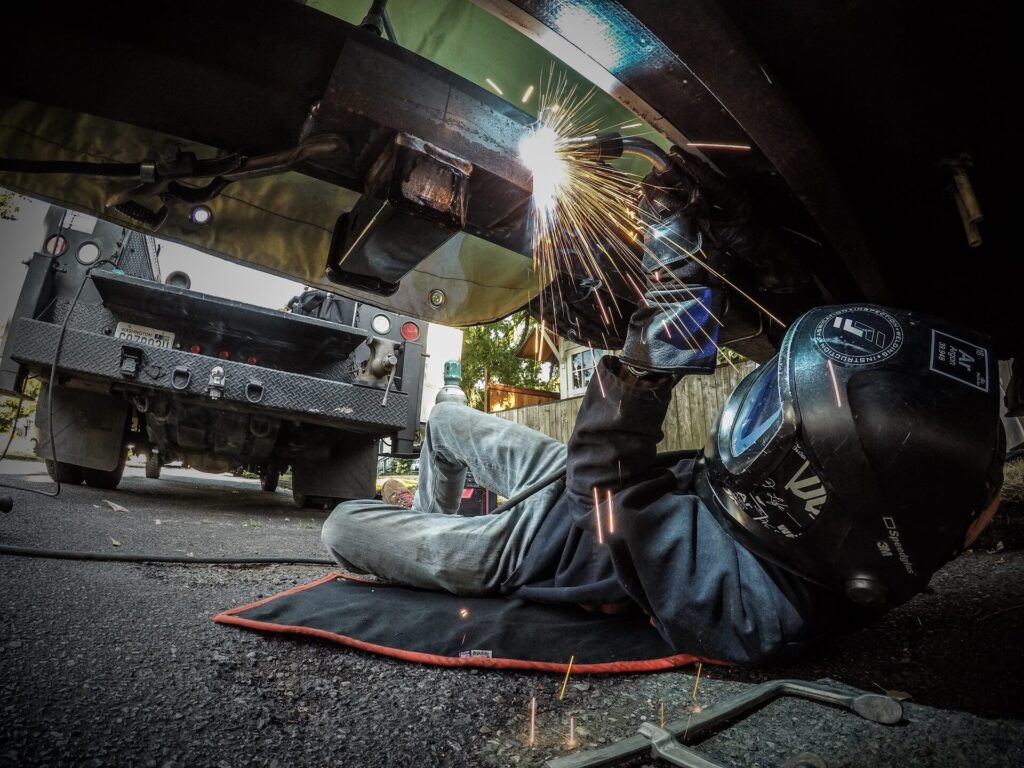 It’s basic knowledge that the equipment and all other things we use today are not created as a whole – they’re a product of manufacturing and fabrication where all the parts and components are created separately then they’re combined together.

From computers, cars, and houses – to buildings, aircraft, defense vehicles, and even the little smartphone you use are all created using different processes and procedures of metal fabrication. Through the conspiring use and functions of different types of machinery and equipment – from cutting machines, folding, braking, and bending machines, welding equipment, and machines, to finishing and assembly equipment.

How Important Welding Is

Do you know what welding is? If no, then to tell you, welding is one of the most important processes or procedures in metal fabrication because, without it, all the metal parts that are connected without the use of fasteners would not be existent.

How important it is, you ask? Think of your car – how do you think your car’s body is pasted and glued together? – Yes, they’ve been combined and fused together through the use of welding and it is part of the most relevant.

There are many companies and even freelancers that can perform welding but if you want the best quality of welds, then going with us here at Michigan Contract Manufacturing Team would be the choice you have to make.

Our company employs the best and the most skilled welders who can perform a wide variety of welds – from the basic spot welding procedures, TIG welding, MIG welding, and many more.

Metal Inert Gas (MIG) Welding or Gas Metal Arc Welding (GMAW) is the welding process that is considered as the most basic and the most common because MIG welding is known to be the foundation of the welding that we know today.

It’s so easy that new welders who learned it just an hour ago will be able to perform it cleanly and neatly. So if it’s so easy – how does the entire MIG welding process work?

It’s dubbed as the easiest and the most adaptive type of welding because of the fact that it only involves a wire electrode which is most usually consumable copper, a spool, a welding machine, and a welding gun.

MIG welding is a type of continuous welding process that can either be semi or fully-automatic. When the electricity is triggered and the welding is initiated, it provides a continuous spew of electricity that would melt the two or more separate metals. When melted, they’ll be cooled and that’s when they’ll start to fuse.

Now that we know what happens in MIG welding, let us try to figure out what happens behind the scenes. When the wire electrode is triggered, it will spew the electricity that would be the catalyst for the melting of the metal.

At the same time when all of those are happening, a gas shield is released in the process, stopping any type of chemical reaction from the gases that are being spewed. It’s also called and dubbed as wire welding because of its use of a singular wire electrode.

MIG welding is the type and the method of welding used by many different companies and experts even if it’s easy because of the simple fact that it can accommodate a whole wide range of uses. In addition to that, it is the most used type of welding because of the following benefits and advantages:

If you’re new into welding, don’t worry, we here at Michigan Contract Manufacturing Team got you. One of the most important features that MIG welding has is the fact that it does not produce slag in the process.

Slag is a material or a compound that has been produced as a byproduct of arc welding procedures. Welding methods that utilize a flux are the methods that produce the most slag. But in MIG welding, no flux is used so you’ll never have to worry about the accumulation of slag in the process.

Versatile and Flexible Type of Welding

Another advantage that MIG welding provides is the simple fact that it is applicable to all types of steels, metals, and alloys. Unlike other types of welding which can only be used to weld a specific group or types of metals, MIG welding is versatile.

It can accommodate the need of welding different metals to different alloys.

MIG welding is, overall, not a sensitive process. As a matter of fact, it can accommodate a wide number of welds fast and urgently. Add the fact that we here at Michigan Contract Manufacturing Team have the best and the most experienced welders, you really would not have any problem working with us.

Expect your goods and your products to be right at your doors before the deadline!

Why We’re the Best

Welding is an easy process and many companies are able to do it as you do – why should we choose you? Well, welding might be a simple process to the extent that even beginners are able to do it. However, working with us here at Michigan Contract Manufacturing Team will actually stray you from that belief.

But with the continuous learning and strategizing that we perform here at Michigan Contract Manufacturing Team, we’re able to minimize those difficulties to the point that we can accommodate to what you need faster and even better!

We are the best because we can save you money – you don’t need to hire welders; we can produce high-quality goods and products; and overall, you can trust us. Give us a quick call and we will send to you the estimate or the quotation that you need!

Experience the cleanest and the most efficient welding you can experience!

All of these services are the services we have mastered here at Michigan Contract Manufacturing Team. Through decades of experience that our professionals have, you will never find a single error with all our products and our outputs!

Our core offerings and services at Michigan Contract Manufacturing Team includes, but is not limited to, the following below:

We service multiple cities throughout the state of Michigan. We provide all the services listed above, and much more in every city throughout Michigan.

If you don’t see your city listed or a specific service listed, don’t worry. All you have to do is contact us by either giving us a call or filling out our online contact form. Then we’ll discover what are some of the top solutions for you, your business, and executing a solid solution.

See our city areas of service: